“Sowing the Seeds of Dreams in My Students” 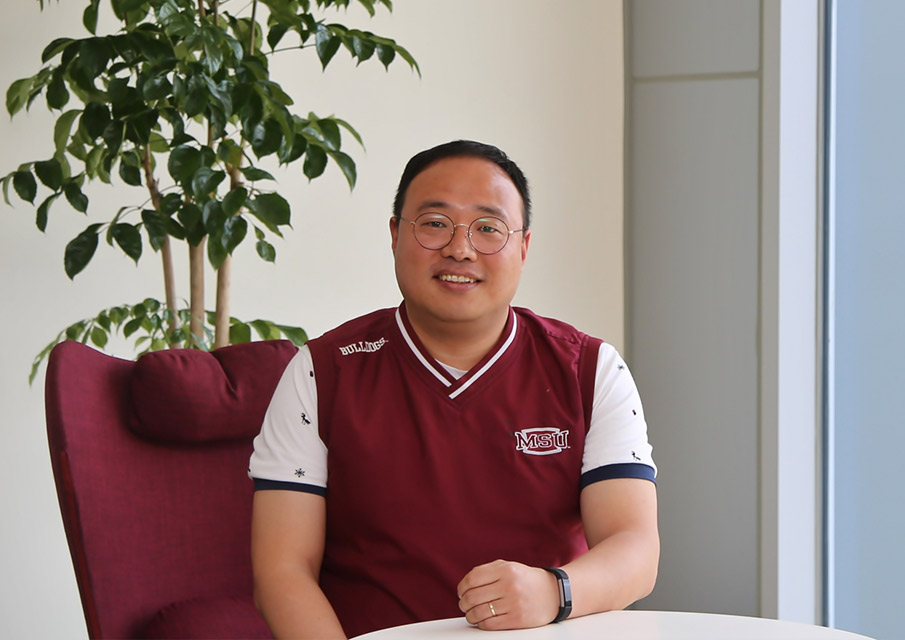 “Sowing the Seeds of Dreams in My Students”

Whenever Teacher’s Day draws near, principal researcher Youngmin KANG of the Korea Institute of Oriental Medicine finds himself thinking about a very special teacher. This was the teacher who inspired him to dream, beyond a life of just material comfort and ease. This is why he pours so much passion into his role as UST professor, on top of his research. He has experienced himself the huge impact the seeds of a dream can have on a person’s life. 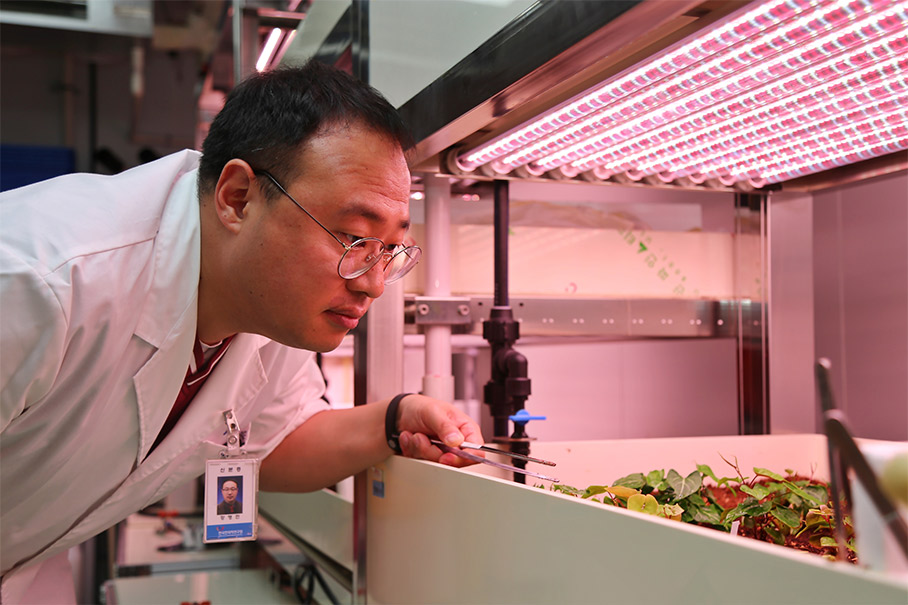 A Dream Fostered Under a Strict Teacher

“Professor Choi of the Department of Forest Environmental Resources at Gyeongsang National University, my alma mater, was a young professor appointed in March 2000. Back then, most of us students thought becoming a civil servant in the forestry department was a realistic goal to aim for, but Professor Choi thought differently. He told us to stay in his classroom only if we wanted to become true scientists, and leave if we didn’t. I was the only one who stayed, as if I were held under some spell. For the first time in my life, I had a dream. Professor Choi appointed me, a mere 2nd year undergraduate, as lab coordinator, and spared no effort guiding me academically.”

Kang became so focused on research, he published over 20 papers during his graduate studies. Eventually, just as his teacher had promised, he was accepted to the prestigious Mississippi State University forestry resources program as a national scholar under the National Research Foundation of Korea in 2005. Now, he is an established independent researcher himself, and has candid chats with his former teacher.

This experience led to his decision to become a UST professor not many years after his appointment at KIOM. He was moved by a sense of purpose, to keep sowing the seed of dreams in future generations of students, just as they had been sown in him.

Professor Youngmin KANG says that “it is also the responsibility of a researcher at a government funded research institute to educate and serve the public, not just conduct their own research,” adding, “as I am still a younger researcher myself, I focus on my role of listening to the problems that UST students face balancing both academics and work, encouraging and motivating them based on my experience,” 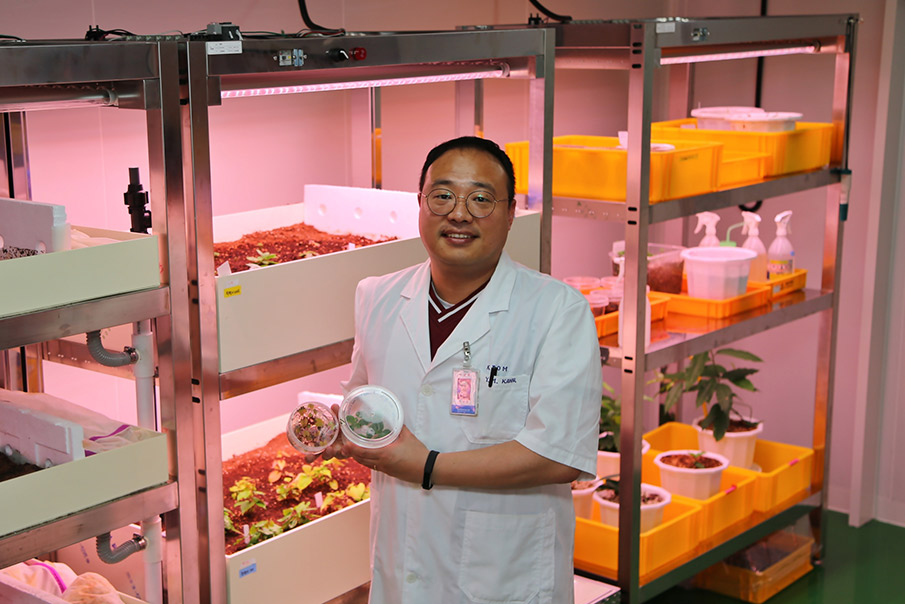 The Power of a Dream

Professor Kang is currently continuing research in his area of expertise, medicinal herb resource production, at the new KIOM Herbal Resources Research Center in Naju, Jeollanam-do province. It consists of developing ways to mass produce valuable herbs through local production and standardization. His outstanding research and patents led to his selection by the National Research Council of Science & Technology as outstanding rising researcher in 2016, and promotion to principal researcher at a relatively young age last year. 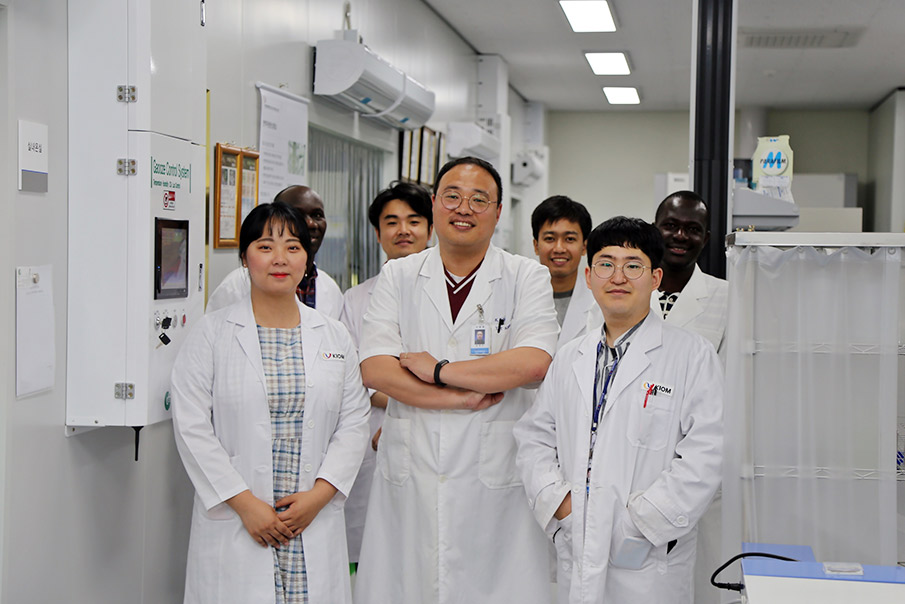 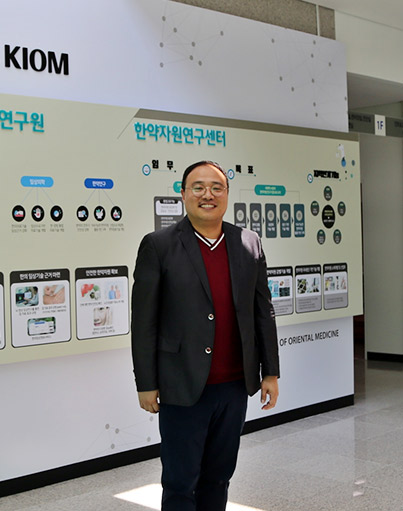 He continues to lead a busy life, with his own research, academic guidance, online lectures and paper writing classes at UST, dashing between Daejeon and Naju, lab and home. He even participates in the Korea Research Foundation for the Advancement of Science and Creativity’s mentorship program, promoting government funded research institutes and UST’s unique system of talent fostering of high school students. 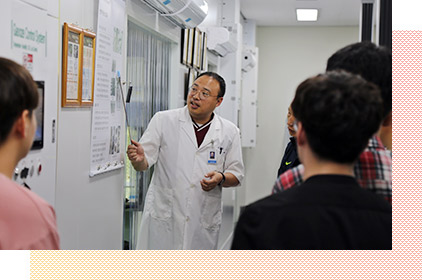 Even amidst his busy schedule, he’s found spare time after work due to living away from his family on weekdays. He uses this time to take evening classes at the Chonnam National University Graduate School of Business, as a freshman in the MBA program. He has taken up this new field of study to realize his new dream, which is to connect his research on mass production of herbal resources to the actual clinical trial and commercialization process for Korean medicine industry.

Professor Kang says, “There’s nothing like having a dream to drive unbroken focus and initiative,” and works to sow the seeds of a dream in his students, which can have greater power than even knowledge. Just as a seed fallen on the ground grows to eventually bear abundant fruit, let’s hope his sowing of dreams leads to more success stories from the young researchers at UST.