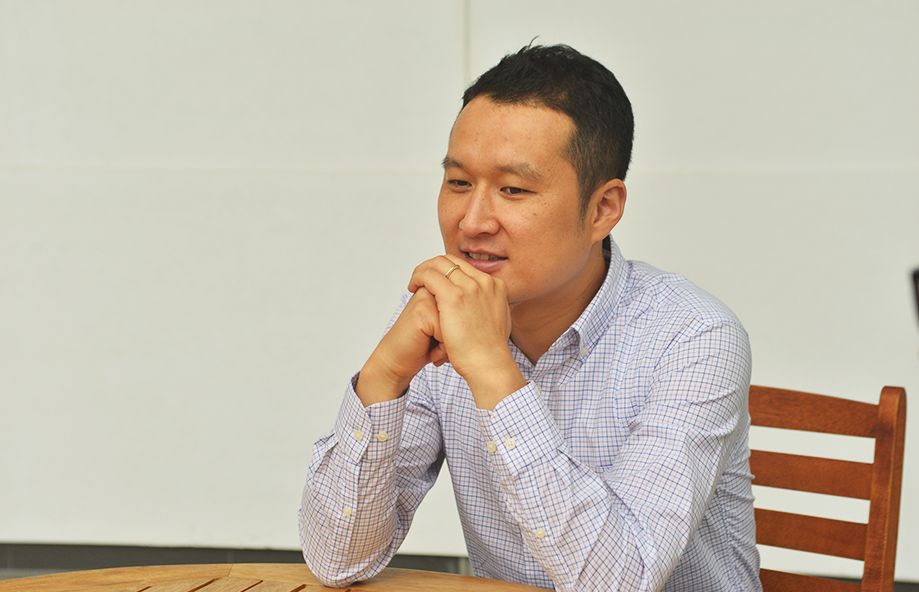 The North Pole, the end of the earth, provokes curiosity when anyone hears about it. It’s a mysterious place where the experience of seeing, hearing, and touching cannot be fulfilled, and instead our imagination is unleashed. This was also the case for Kitae Kim, currently a senior researcher of the Korea Polar Research Institute and a professor at UST. While studying at Pohang University of Science and Technology, he grew inquisitive about the pole. Unfortunately, though, he wasn’t able to find a connection between his major and polar studies, preventing him from traveling there. Luckily, he found an opportunity to turn his career around―he attracted a chance for his destiny―when he happened to participate in a collaborative research project on ice geochemistry with his academic advisor. This is when he finally was able to get into polar and ice studies. For 7 years as a researcher at the Korea Polar Research Institute, he has achieved remarkable accomplishment including publishing his research in world renowned science journals. At the same time, he strives to foster young students in hopes for them to continue research on ice geochemistry and eventually achieve further growth in the field. 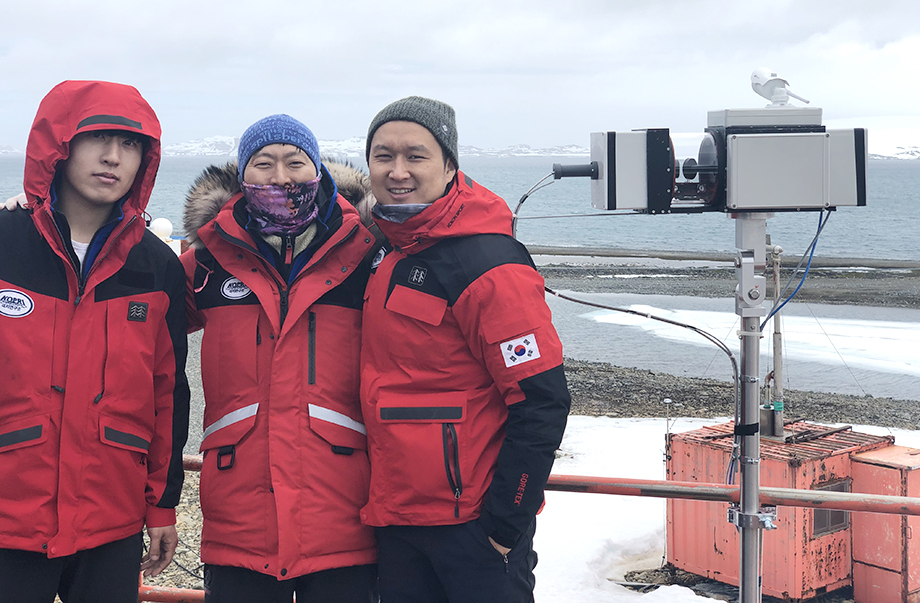 It was 2009 when he first visited the Arctic Dasan Research Station. What he experienced then was something unforgettable. Flying in a light plane heading to the Arctic in Norway, the vast scenic view welcomed him. The air was as fresh as mint and there was no end to the horizon that reveals itself in the pristine background. “I was shocked to witness how beautiful and magnificent it was,” he recalls. This is how Kim’s research journey took off in the Arctic. 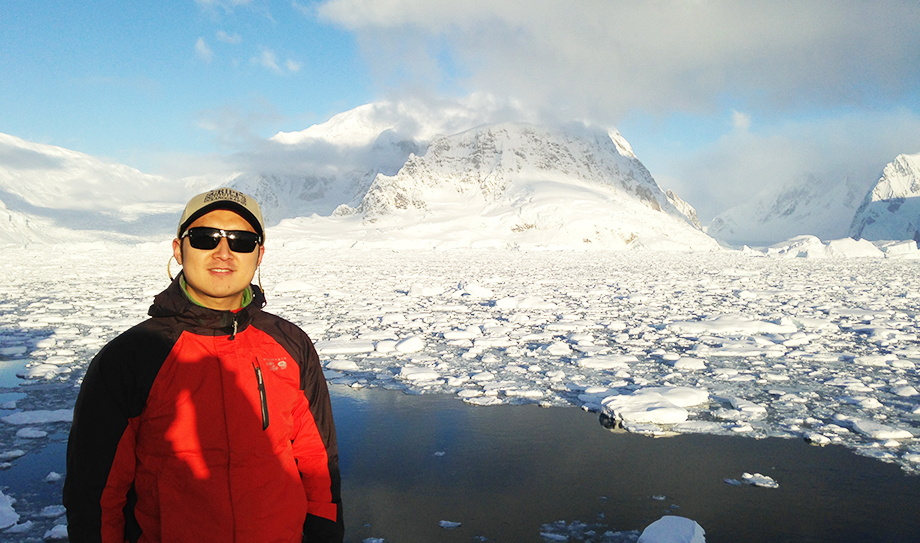 Kim’s main field of study, ￢ice geochemistry, focuses on “chemical reaction in ice,” which is rarely researched worldwide. The main reason appears to be that it’s been an established knowledge that low temperature in ice causes chemicals to react slowly. However, recent studies show that certain chemical reactions actually take place quite quickly once the temperature hits the freezing point. Kim also set the direction of his research based on this study.

The pole is the biggest host of ice on the earth. My research is based on the presumption that if there is any unusual phenomenon in the polar regions, chemical reactions in ice would likely be the cause. Though it’s important to find natural phenomena, I want to go one step further by critically thinking about how the research on this specific topic can contribute to us and to the earth. 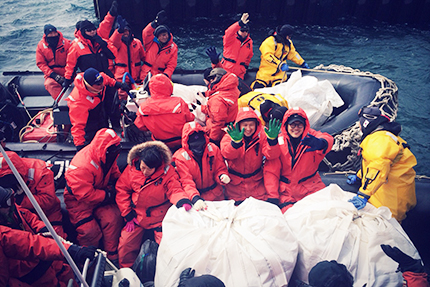 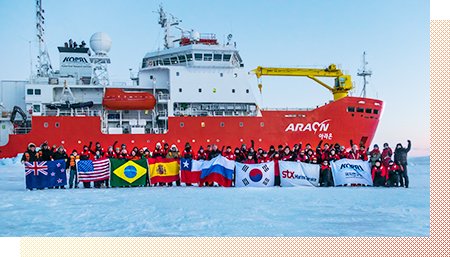 Kim published two papers this year in Environmental Science & Technology, the prestigious scientific journal in the field of environment. Furthermore, his works were featured on the front cover in the May and July issue. His first paper in the journal clarifies how dense molecular iodine is produced in ice, which is present in the polar atmosphere in spring. Iodine in the polar atmosphere is significantly related to ozone depletion and cloud formation. It’s closely intertwined with climate change. The second work discovered mass production of bioavailable iron that helps the growth of microalgae in polar ice. When the polar ocean is supplied with an abundant amount of iron, microalgae, the foundation of the aquatic food web, absorbs more carbon dioxide in the atmosphere through stimulated carbon dioxide assimilation, which subsequently makes organic carbon. In other words, it becomes part of the microalgae itself. 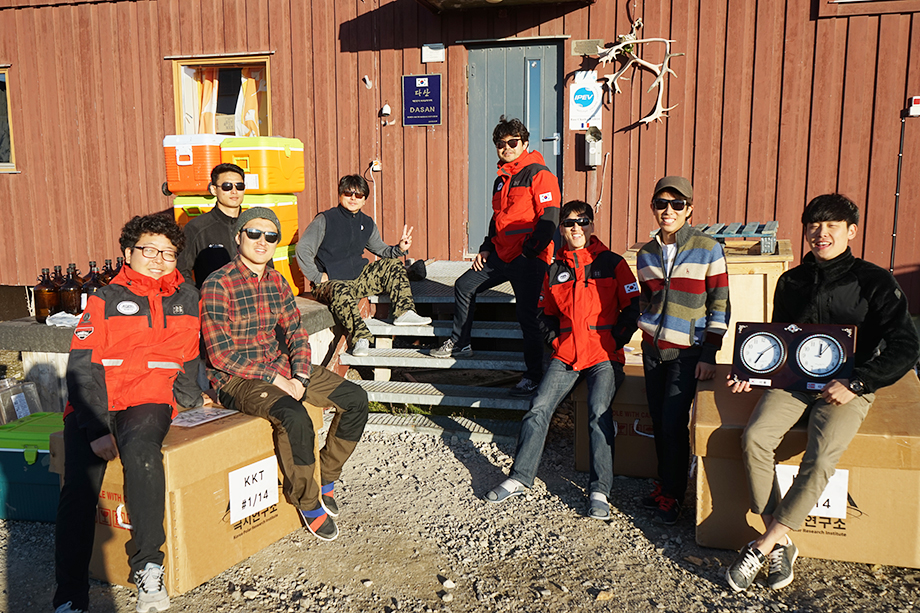 “When microalgae dies, it is decomposed by microorganisms, which results in either turning back to carbon dioxide or being trapped in the sea for thousands of years after being transformed to organic carbon form once it falls deep in the ocean. The latter is ideal, since it shows an environmentally friendly way to absorb carbon dioxide.”

As research is only at the beginning phase, the question if this research can provide clues to resolving climate change still remains unclear. What’s important, however, is the future is promising as long as ice geochemistry acquires more attention and new researchers. Passion and hard work will bring us closer to unlocking the secret of the pole. 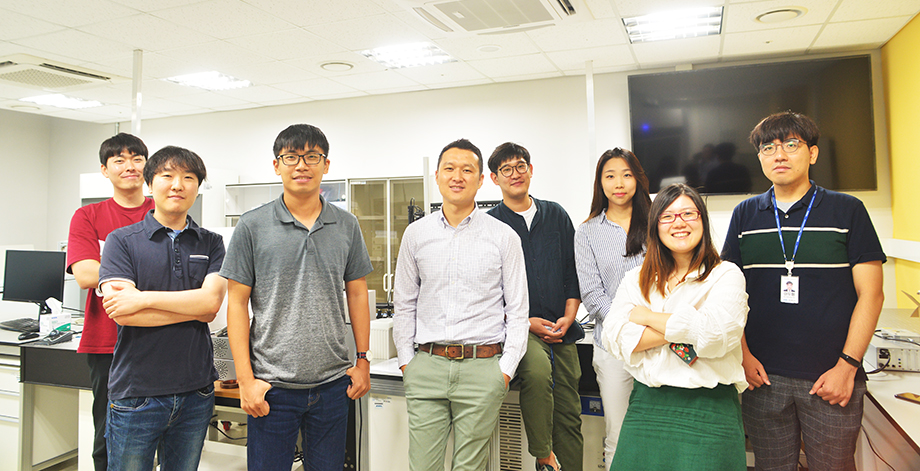 Kim made the decision to teach at UST in 2016. Most importantly, he wanted to find a research partner with a long-term plan. He also hoped to find and foster a competent polar chemist. No research can be accomplished without help. Therefore, for Kim, UST was the perfect place to find a partner.

“I didn’t have students when I first started out. In the summer of 2016, there was a student at the biology lab of the Korea Polar Research Institute from UST intern program. She sent me an email, saying she was always interested in ice geochemistry. She became my first student. From there, I have 3 students now. Two of them―Jeong Hyeon-young and Kim Bomi―are Korean and the other one―Nguyen Quoc Anh―is Vietnamese.” 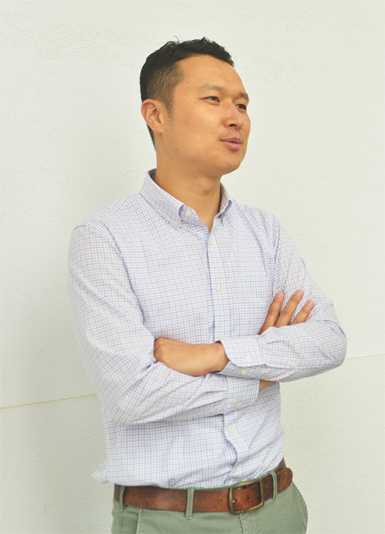 His educational principle is independence. It means while students stick with basic rules, he ensures independence within that structure. Being passive is poisonous to cultivating creativity. The best way to improve oneself is wrestling with one’s own thoughts and ideas and expanding the capacity of the study. Just like his academic advisor did to Kim back when he was in a graduate school, Kim also has adopted this way to teach his students. 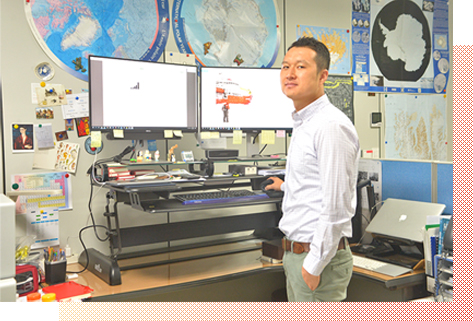 “I find this research vital. It also makes sense from a basic science perspective, too. If we look into what happens in the polar regions, I believe we can find the defining clue to approach the climate change issue. My goal is to mature and advance the field of ice geochemistry that covers from basic research to application.”

Kim is a dreamer. In his future scenario, he is an old researcher still showing his passion at a lab in his 60s and 70s; he is an educator who interacts with his students even after their graduation. We look forward to seeing the future growth of ice geochemistry and talented researchers Kim will bring forth.