Two wheels - science and dance - turning toward her dream 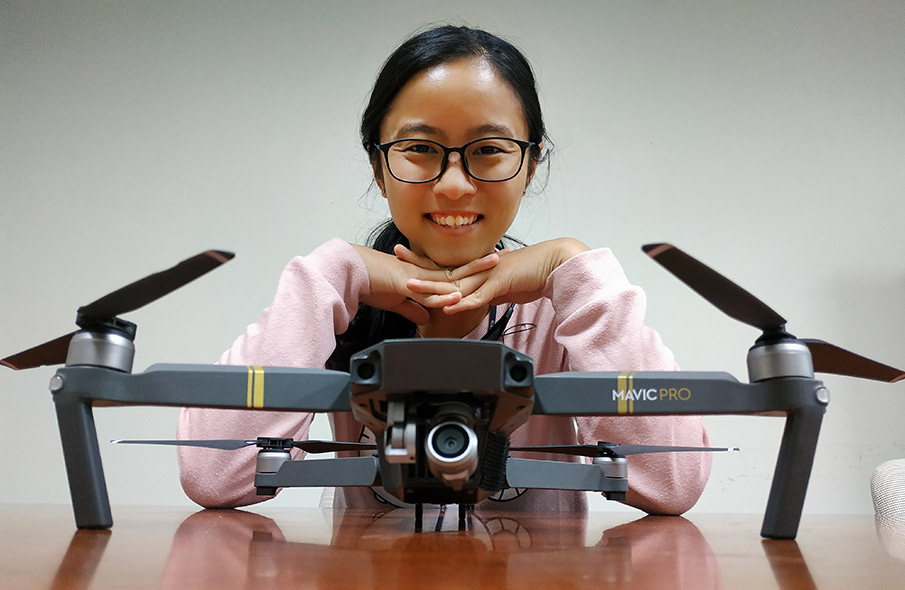 Two wheels - science and dance - turning toward her dream

“Research and dance are similar. You need a lot of practice for dancing. Research requires commitment for a long time to get an outcome. Neither generate results in a short period of time, and they reward us as much as our efforts,” says Marcella Astrid, who is from Indonesia, a country of peaceful, scenic islands, is maintaining a balance between two wheels, dance and science, and studying hard to make her dreams come true. 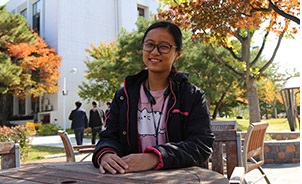 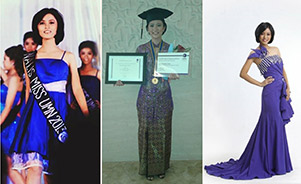 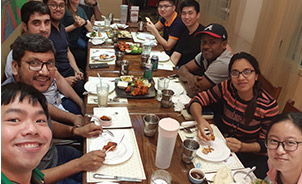 Autumn was in full swing at the UST-ETRI campus. For Marcella, autumn in Korea is like the sign of a new start. She arrived in Korea dreaming of becoming a scientist in autumn 2015. After a two-year master’s course, she entered a doctoral degree program in autumn 2017. This year is her fourth autumn in Korea. So, the fall is always special to her.

I wanted to have more specialized and in-depth education,” says Marcella, “the academic system of UST allows students to participate in researchers’ projects, and the scholarship does not discriminate against foreign students. That’s what attracted me. Moreover, Korea is the world’s top IT power. As a student of computer engineering, I thought Korea was the best place to invest my youth and passion.

Asked how she came to be interested in computers, Marcella gave an unexpected answer: “When I was young, I liked geology and thought about how I could make the study of geology interesting. I realized that all disciplines such as astronomy, chemistry and geology are connected to computers, and computers facilitate more in-depth research in all fields.” Although the hardware part of a computer is an object of unlimited research, computer software is a treasure trove of possibility as it relates to all sectors of modern society and all science fields. 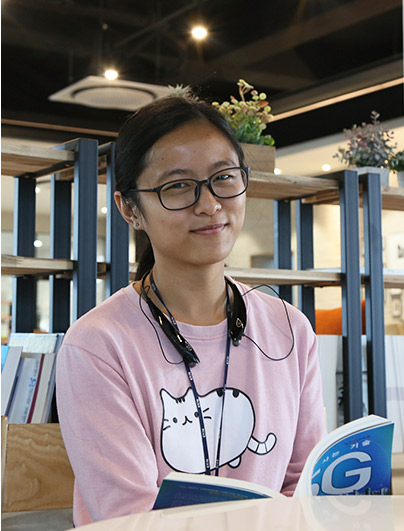 Marcella chose ICT as major on the ETRI campus after studying computer engineering at a university in Indonesia. She is studying AI under the guidance of Prof. Seung-ik Lee of the Intelligence and Robot System Research Group. She said a computer learns through AI like a baby accumulates knowledge. That is similar to her efforts to learn to live in a foreign country like Korea. 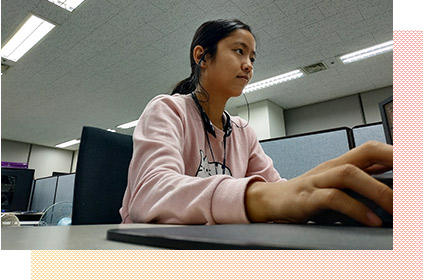 Marcella found a special hobby in Korea, traditional Indonesian dance. “On the campus, I am not a man or woman, but an engineering student. But with traditional dance, I can get away from my safety net and find a new self.” She said that while she is dancing, she becomes a different person.

It was by accident that Marcella began to learn traditional dance. Two years ago, she saw a notice for traditional dance lessons at the Embassy of Indonesia, and decided to learn it to relieve her homesickness. “As there are so many people who are good at traditional dance in Indonesia,” she said. “I did not think about how good I was at dancing or try to learn it. In Korea, I often heard that I was like a wooden doll or a robot. However, because few people perform traditional Indonesian dance in Korea, I got praise more than my actual dancing ability.” (laughter) 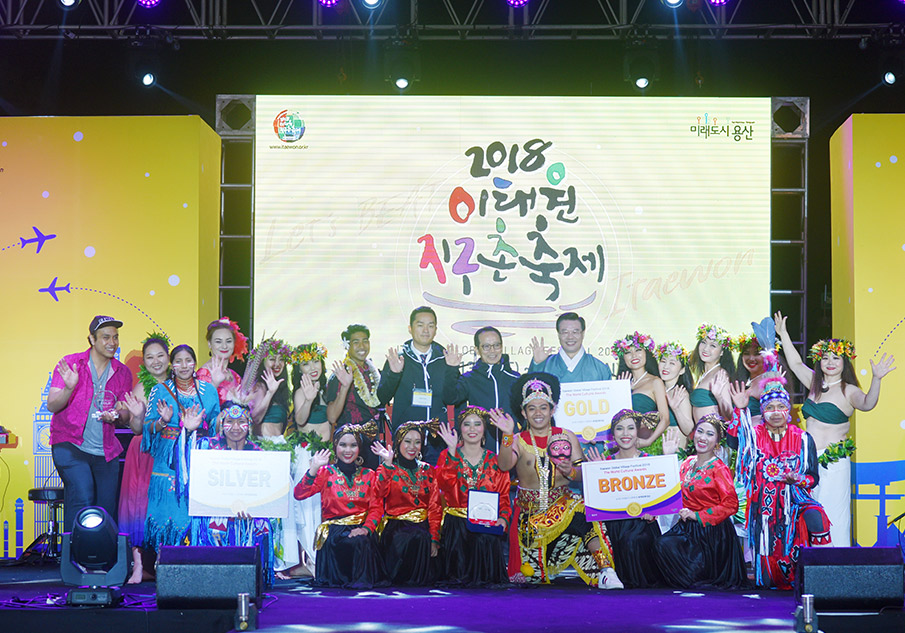 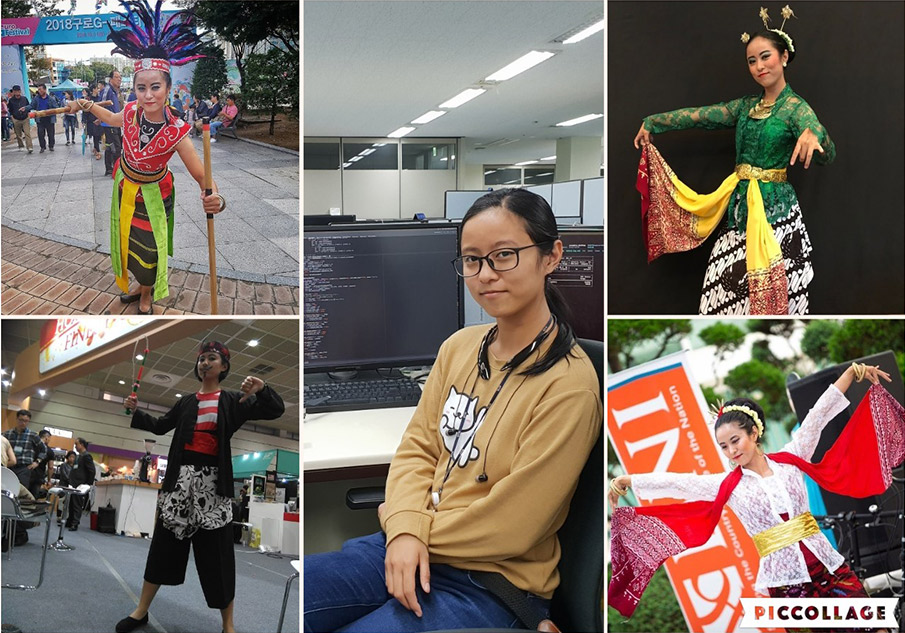 “When I had nothing special to do, I took traditional dance lessons on Saturdays in Seoul for two years.” Recently, in the Yongsan Global Village Festival, an Indonesian team including her received a bronze award. And in September, when Indonesian President Joko Widodo visited Korea, she was one of the traditional dance performers. Dancing in front of the president of her country gave Marcella great satisfaction. Learning traditional dance makes her proud of her home country. Confidence and a sense of achievement energize her in research. 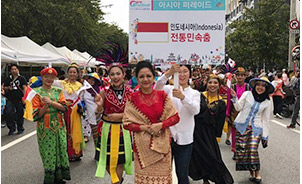 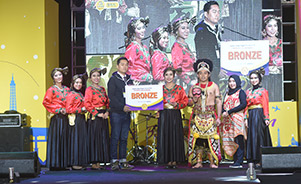 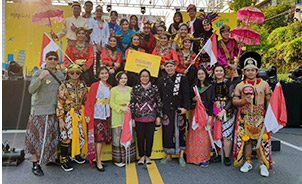 Marcella was not familiar with computers and IT when she entered university. It was like when she began life in Korea. She specialized in hardware in computer engineering in Indonesia, and at UST she selected AI. Marcella started to do research on drones in her doctoral course, which requires both hardware and software technologies. The challenges bring about difficulties and failures, but they are the source of new ideas when properly addressed and resolved.

Now after four years in Korea, a lot of changes have happened to Marcella. When she started life at UST, she felt inadequate because the professors and researchers were all specialists. But now she takes care of juniors and helps them settle down in UST.

“There is a saying in Indonesia, ‘If you do not know, you cannot love it, and be committed to it,’” she said. To do better in geology, Marcella learned about computers. “To learn more about computers, I began to study AI. And to do research on both, I decided to study drones now.” She smiled as she talked about home. She wants to make changes and fulfill her dreams in Indonesia based on what she learned in Korea.

“Besides Korea’s excellent research conditions, I want to the learn diligence, enthusiasm and sincerity of Korean people. Every researcher I met at UST works hard and with all their heart,” continued Marcella, “I want to spread this attitude to Indonesia.”

Marcella wishes to make a contribution to science and technology development in Indonesia by learning at UST. She envisions planning scientific projects and cultivating talents as a researcher, a professor, and a minister of science. Like the autumn in Korea when everything bears fruit, we hope the dreams and efforts of Marcella will bear abundant fruit.