A magical encounter between chemistry and computers 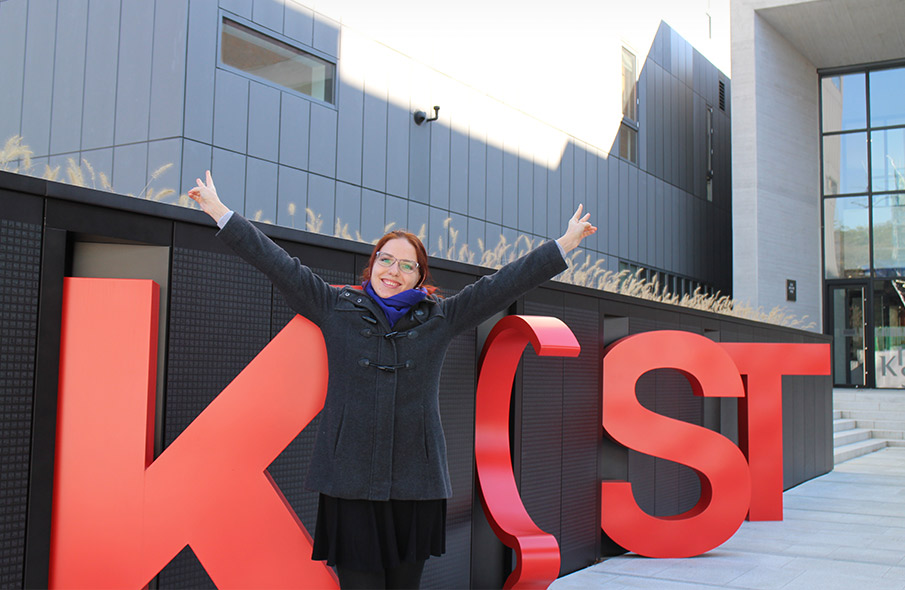 A magical encounter between chemistry and computers

“Many doctors and scientists have studied diseases for years, but we couldn’t directly see the process of getting a disease and the course of treating a disease. But as the existing knowledge on chemistry, medicine and biology has been combined with computer modeling technology, a clue to solving such problems has finally been found by visualizing disease. It’s just like magic.”

Lizaveta Gotina, who comes from Belarus in Europe, is a student of science seeking ways to cure disease by connecting computer modelling technology to chemistry. For her, chemistry is a wonderful field that turns ordinary life into a magic show. And the UST-KIST campus provides a training ground for her before advancing to the magic show stage.

A scientific diplomat between Belarus and Korea

“When I was young, I went to a magic show with my parents,” says Lizaveta Gotina. “A cane turned into a rabbit and flowers bloomed from the magician’s fingertips. As a child, it was a miracle. It was, in fact, the result of his hard work. The magician mastered his skills by keeping practicing. This is the case for a chemist. When a scientist discovers a principle in a specific phenomenon, establishes a formula and acquires universality, it becomes a technology that can be used in real life, like magic.” 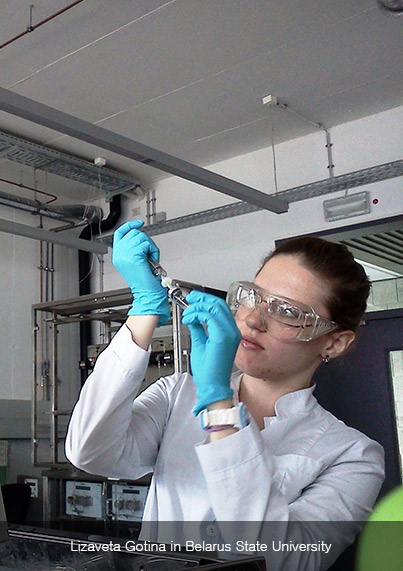 Gotina, who studied Physical Chemistry at Belarusian State University, was attracted to chemistry existing in all areas of life. She explained that electricity lighting the darkness, a variety of detergents and cosmetics used every day and the meals people have three times a day are all the results of chemical reactions. 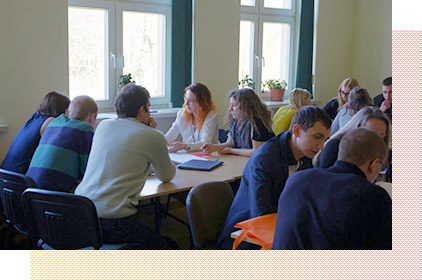 “In my country, a student who received a state grant must work for a relevant company for a certain period after graduation,” she said. “I worked for a chemical software company for two years. I was responsible for analyzing pharmaceutical ingredients by computer.”

Gotina encountered applied software at the company that could push the boundaries of chemistry. Unlike universities and government laboratories, the company set a clear research goal, and it was a new experience for her. Feeling a growing desire to become a researcher during her time with the company, she started to look for a university or a laboratory. Then she found out that the KIST Brain Science Institute (BSI) was conducting comprehensive life science research including computer modelling.

And around that time last July, KIST and the National Academy of Science of Belarus (NASB) discussed mutual cooperation for manpower exchanges, joint training and research, and signed an MOU, after which Korea and Belarus became closer. Moreover, she felt a sense of closeness toward Korea as she had chances to learn about Korean culture and language at K-pop festivals hosted by Sejong Hakdang (King Sejong Institute) in her school. That’s why she applied to KIST without hesitation.

Five Belarusian students including Gotina took part in the KIST internship program launched last January. She went on for the UST integrated Ph. D program last fall and has been playing the role of a civilian diplomat who leads cooperation in science and technology between the two countries.

“There are a number of diseases, and the relevant information is dispersed in a fragmented fashion,” she said. “There are hundreds and thousands of drugs, too. The process of treating a specific disease with these various drugs is interesting.”

Although life expectancy has increased these days, the number of people suffering from brain diseases such as dementia and stroke due to aging is on the rise. Professor Pae Ae-nim, an advisor of Gotina, leads the KIST Convergence Research iCenter for Diagnosis, Treatment and Care System of Dementia, which conducts a wide range of research on brain and medical technologies. Gotina does research on drug design using computer modeling based on chemoinformatics.

With her teachers and lab mates

“These days people, especially scientists, need to study constantly,” said Gotina. “You might think scientists only have to dig into just one field, but they need to try to acquire and utilize information from various fields to strengthen their expertise.”

In this context, she tries to observe what is going on around her with a sense of purpose, understand it and learn about it. So, it is great fun for her to share new knowledge and information with her friends. 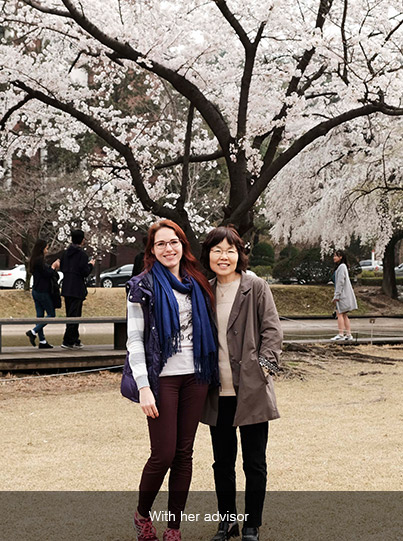 She said she was lucky. Belarus is a leading country in computer programming and material engineering, and her father is an expert in programming who worked for IBM in the United States for 10 years. In this environment, she was naturally interested in science and wanted to be a chemist when she was young. But after graduation she chose the path of applied science combining chemistry with computer programming, and that path in turn led her to the bio-medical convergence major on the UST-KIST campus. 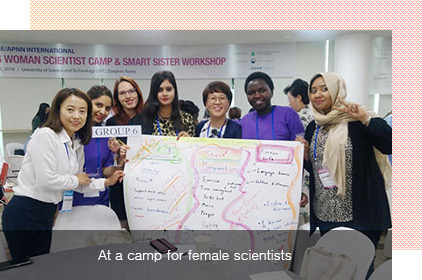 She is working hard, following her dream. Gotina, born in Belarus and spending her childhood in the U.S. and Germany with her parents, is now enjoying the life and challenges in Korea she chose for herself. It is obvious that she will grow further here in Korea based on specialized, systematic education. Her deep blue eyes twinkle with a passion for science. 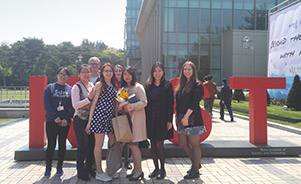 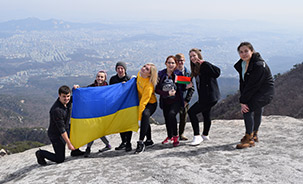 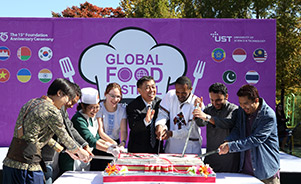