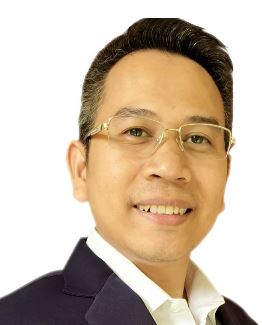 Dr. Hudaya graduated from the University of Indonesia with a degree in electrical engineering and received his master’s in energy systems engineering from Seoul National University. Dr. Hudaya went on to receive his doctorate in February 2016 in energy & environment technology from the UST-KIST (Korea Institute of Science and Technology) School.

After receiving his doctorate, Dr. Hudaya was appointed as an assistant professor in the Department of Electrical Engineering at the University of Indonesia. He has achieved outstanding accolades for both his research and teaching, being selected as the “Young Scientist and Technologist of 2017” by ASEAN and receiving an excellence in teaching award as a professor at the University of Indonesia.

Dr. Hudaya expressed that he, “will do my best in the office of the presidency for the next four years to improve the local community of Sumbaya as well as to become a person who can contribute to the betterment of humanity.”

President Ieehwan KIM of UST commented that he is, “proud of UST graduates taking on important roles around the world in the development of science and technology, including Dr. Hudaya.” He added, “UST will continue to provide its best support so that UST students can grow to be competitive talents on the global stage.”